W is for Wolf 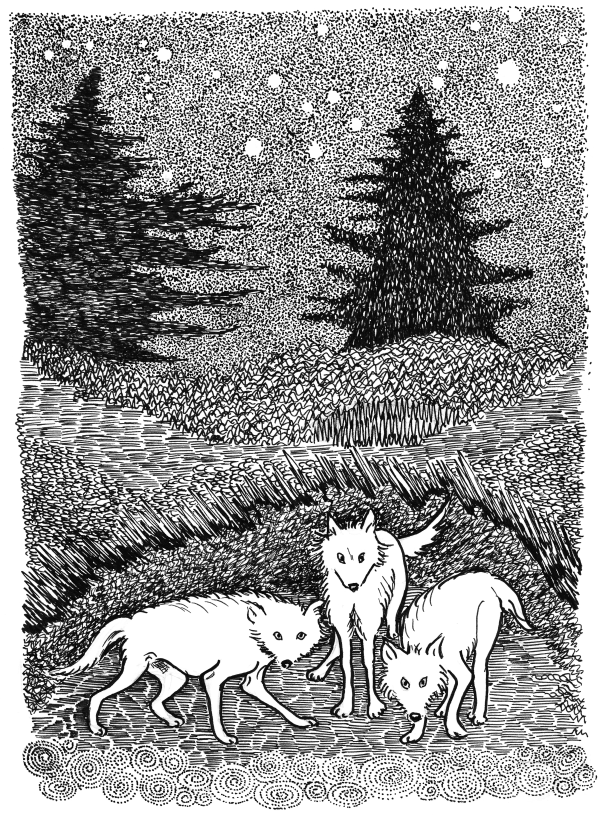 We are sure that our pet dogs, who hold the most special place in human hearts, were bred originally from wolves.  Wolves were ideal partners – easily tameable,  hunters who were able to be trained (as they are pack animals, and cooperate with their pack to hunt) to help us hunt. They were also able to warn of danger and protect and guard us.

Wolves and dogs in one form or another have helped humans in their daily lives for thousands and thousands of years. We have bred them from their original form, a way of quick evolution for our own benefit, to fulfil the needs of many types of work and social interaction- to run quickly, to hunt down holes and burrows, to rescue people in water, to sit on our laps and be petted.

We are more than happy to have a wolf descendent in our homes, as long as it does everything we want it to, and obeys us. It is, because we have made it so, a symbiotic relationship – the dog gets its food, its love, its comfort, its stability and sense of purpose from us. We get work, love, exercise, devotion, loyalty, and in some cases, like my own, a dog who works as a medical aid back.

Because it is of such benefit to them, dogs have also evolved themselves to be able to read our emotions – studies have shown that they can tell how we are feeling by looking at one of our eyes – the eye through which emotion is shown. They showed pictures of all sorts to dogs and tracked their eye movements. If the picture was a human face, the dog immediately looked at the relevant eye. They know how we are feeling.  Any dog owner recognises this.

But wolves are seen as dangerous, scary creatures, as creatures who should be kept as far away as possible from human habitation, and not allowed to spread further into territory that they have been evicted from in the past.

A wolf’s howl is a chilling sound, but in fact it is made that way to travel long distances, as it is the way wolves communicate to each other and signal where they are. It is not a signal to us that they are waiting outside the window to tear us to pieces. Wolves are scared of us.

In the last one hundred years, two people have been killed by wolves. In the first incident it was near a refuse tip where other animals also visited, and there was evidence the person could have been killed by bears. In the second incident the victim was a jogger, running at dusk in an area where wolves lived, with ear buds in.

So that’s TWO alleged wolf victims in ONE HUNDRED years.

Compare that to the nearly ONE HUNDRED people hunters kill EVERY YEAR in the US. (and one thousand injured.)

Also, domestic dogs in the US kill twenty to thirty people a year.

Interesting isn’t it? It’s all perception.

Red wolves became extinct in the wild, hunted to extinction and unable to live because of human encroachment into their habitat, by 1980. In fact, very little is known about what habitat they prefer because they were almost extinct by the time scientific investigations into them had begun. New evidence of their preferences seems to show they can live in many types of habitat.

Red wolves have since been reintroduced into eastern North Carolina but their population still remains less than 150.

They are classified as Critically Endangered by the IUCN Red List for Threatened Species.

Poem, post and illustration © Liz Brownlee, please do not repost, you can link to it.