P is for Paradox Frog 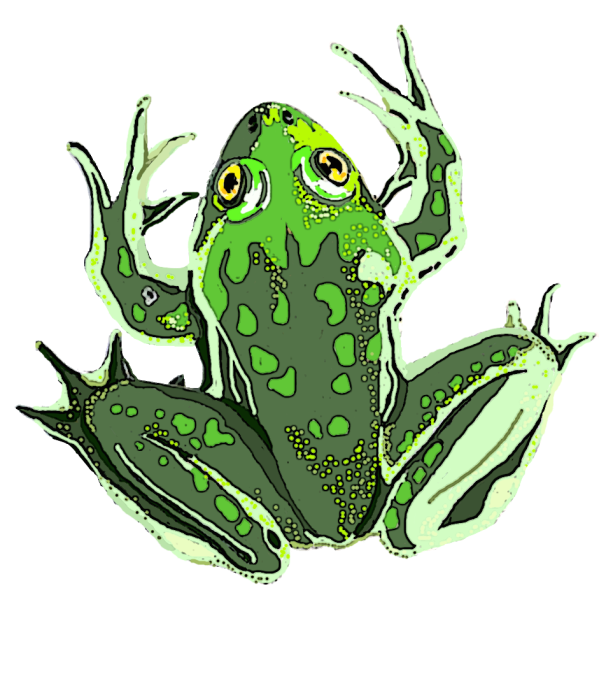 The paradox frog lives in lakes in the middle of South America. Unlike most frogs it stays in water most of the time and doesn’t just breed there.

It doesn’t croak, it has a oink-y sort of a call; but this isn’t unusual, if they have a call, most frogs don’t croak, they use a variety of noises from grunts to squeaks to whistles and chirps.

The thing that makes paradox frogs paradoxical is that they lay eggs that hatch into huge (up to 24 cm) tadpoles, which end up shrinking instead of growing into small (up to 6cm) frogs.

Scientists have no idea what evolutionary advantage this could bestow.

All I can think of is if the adults are carnivorous and they all live in the water, it might save the young from being eaten while still vulnerable.

These frogs are quite numerous – but 41% of amphibians are endangered.

And frogs in North, Central and South America, Eastern Australia, and Dominica and Monserrat in the Caribbean are being affected by the chytridiomycosis fungus.

This fungus has wiped out whole species. Scientists are still unsure how this has happened – the fungus was found first in a toad that has been used for research all round the world, and this could be one way the fungus has spread.

Chytridiomycosis is naturally present in wild populations as well though – so it could be taking hold because frogs in general are not as resistant because of climate change, habitat disturbance or pollution.

Whatever the reason, it is probably our fault!

Facts from Wiki and Wiki.

If you’d like to blog hop to another A-Z blog, please press here.