R is for Rhinoceros 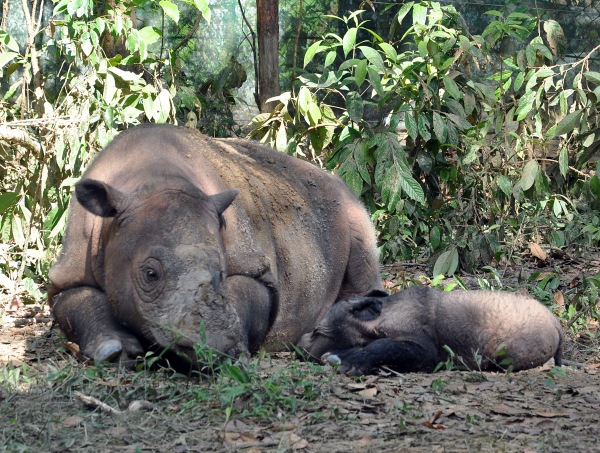 All five rhino species still around (Black, White, Indian, Sumatran, Javan) are in extreme peril – from poaching, habitat loss and from humans encroaching on their habitat with settlements. There are only 35 Javan rhino left.

What prompted me to write the poem above was seeing a terrible picture of a rhino, still standing, still alive, but with his horn and part of his face completely hacked off.

Rhino horn has been traditionally used in Asia for centuries in medicine and for carving into various artifacts – the horn changes colour with age and glows.

It is still used in Chinese medicine for many reasons. It is also used in Taiwan for instance as a hangover cure for young (very rich) executives, who believe it will revive them after various types of drug use so they can perform perfectly well the next day at work.

Rhino horn has been shown scientifically to be of no use whatsoever as a medicine or hangover cure. It is made of keratin, calcium and melanin. You might as well, it is said, bite your own fingernails.

There is still a huge amount of illegal trading in rhino horn. In some places the horns of some remaining rhino have been cut off by vets to deter the poachers – but poachers then kill the rhino anyway so that they don’t waste time hunting worthless rhino.

What is the answer? The World Wildlife Fund is one of the few organisations attempting to tackle all threats to rhinos – strengthening protected areas in Africa and Asia, lobbying to halt logging from the illegal timber trade that threatens rhino habitat, and stamping out the trade in illegal rhino horn.

In the meantime, 5 species of rhino may soon dwindle to 4 or fewer.

I decided not to post the picture of the bleeding rhino.

If you wish to help rhinos, there is information here: WWF.