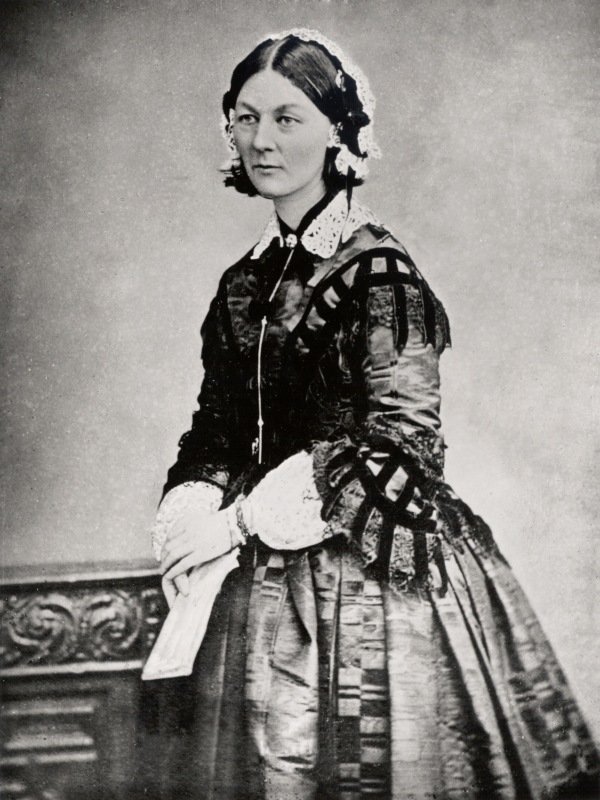 This special entry is by one of my fellow authors of my new book Reaching the Stars, Poems about Extraordinary Women and Girls – the wonderful and talented Jan Dean!

Florence Nightingale is famous for being the ‘Lady with the Lamp’ – the woman who organised the nursing of sick and wounded soldiers during the Crimean War, where she ran the hospital in the Scutari Barracks.

Her greatest achievement was to transform nursing into a respectable profession for women and in 1860, she established the first professional training school for nurses, the Nightingale Training School at St Thomas’ Hospital.

She inspired the founding of the International Red Cross which still awards the Florence Nightingale Medal for nurses who have given exceptional care to the sick and wounded in war or peace.

she did not sit and mop a fevered brow

she was not gentle by a bedside

she was about the numbers

the running total of the dead

who never should have died

it wasn’t cannon fire that killed them

not bayonets or bullets

and Nightingale was powerless to stop it

the enemy was filth

the squalor of the wards

the soldiers stretchered-in alive with lice

their uniforms a mass of blood and dirt

think now of one slow-motion bullet

singing through the air at Balaclava

making for the shoulder of a young enlisted man –

it hits the woollen fabric of his coat

cuts through it to his cambric shirt

from shirt it shoots through saltsweat skin

to muscle ligament and bone

speeds out again  (a through-and-through)

into the howling of the battlefield

to fall into the mud –

but still that bullet carried death

it took the fibres of his foul-stained clothes

and pushed them deep inside his flesh

and there they brewed and bred bacteria

she knew she fought a losing battle

a woman nursing in Scutari Barracks

would drown in drudgery

be lost for want of bandages and fresh washed bedding

so she collected evidence

she took the numbers of the dead

and made a fist of them to punch the army with

she was not tender     was not nice

and saved them with the sharp blade of statistics

(Which you can visit opposite the Houses of Parliament in London)