New Poetry Books (I am in!)

Recently, two rather lovely poetry books have been published, and both of them feature poems by me, so I thought I’d share their stories.

The first is this one: 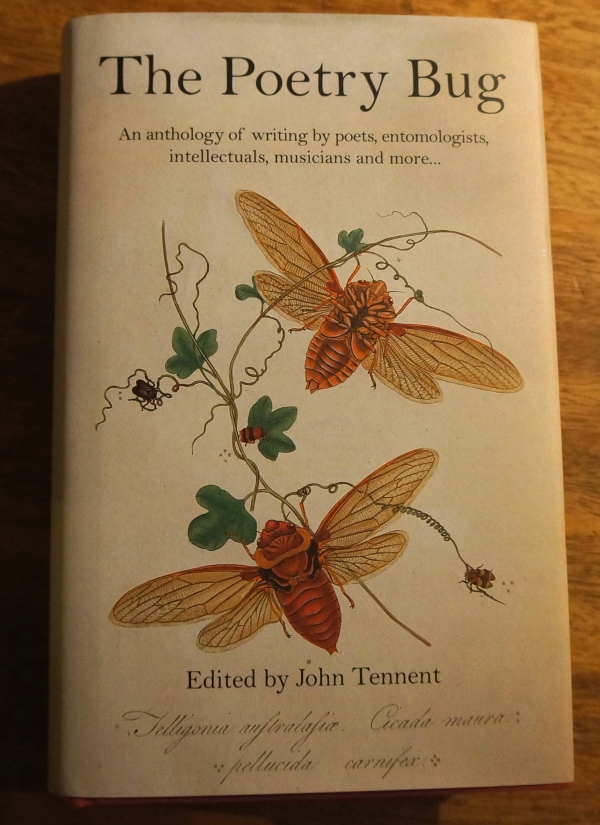 I was first approached by John Tennent in May, 2013. He is a global authority on butterflies and a dedicated reader of poetry – and also, a dedicated collector of insect poems.

The story starts before this, however – I found an interesting article in a science magazine about a moth that drinks the tears of birds. Although there are well-documented moths that drink the tears of animals that cannot brush them away, this behaviour had never been observed before in relation to a bird.

Dr David C Lees was one of these scientists, and he wrote back confirming details, letting me know that my poem was accurate, and generously providing me with the only photos taken of the moth.

When John Tennent was contacting his colleagues for poems about insects, Dr Lees sent him my poem about the Madagascan Robber Moth (as it’s known!).

So – then John Tennent contacted me to ask if he could include my poem in his new book. I agreed, of course, and earlier this month it arrived in the post, and it is a handsome thing.

There are a lot of poems in this book – and even if I wasn’t in it, I would have been one of its first customers. It’s not often you find a book so packed with wonderful poems about insects. It may be the only one!

If you are interested in buying The Poetry Bug, it is available from Parthian.

The next book is this one: 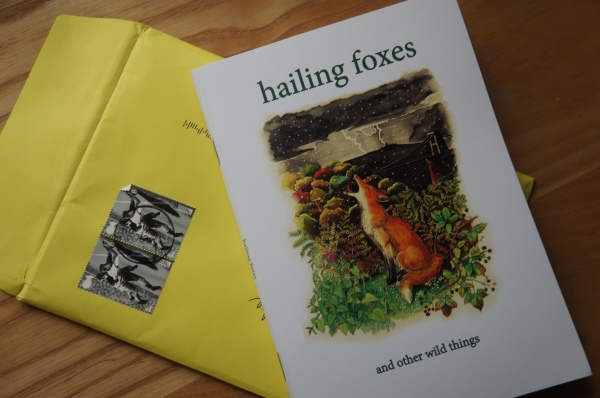 This is a collection of poems about the creatures that share our city spaces with us. Actually, I’ll quote the blurb on the back:

“Unseen in the street plan of any city run the paths of the wild creatures whose lives are lived alongside ours, and which occasionally cross our own. And sometimes a door will unexpectedly open to that other city, showing us something startling and unforgettable; foxes, falcons, mice, whales, balloons, reckless pilots, lost ships. All we need to do is pay attention.”

Hailing foxes is the second collection edited by poet and illustrator Dru Marland. Dru has an enormous and eclectic variety of talents, including but not limited to photography, mending bicycles and keeping Morris Travellers (one of which she happens to own) on the road.

But my favourite of Dru’s skills is how wonderfully she illustrates, and how proud I am, not only to be in this beautiful, full colour creation, hailing foxes, but also in the former collection, inking bitterns.

The poems are excellent as well of course.

I highly recommend this book, and the former, they are among the favourites in my collection.

ONLY available from Gert Macky.